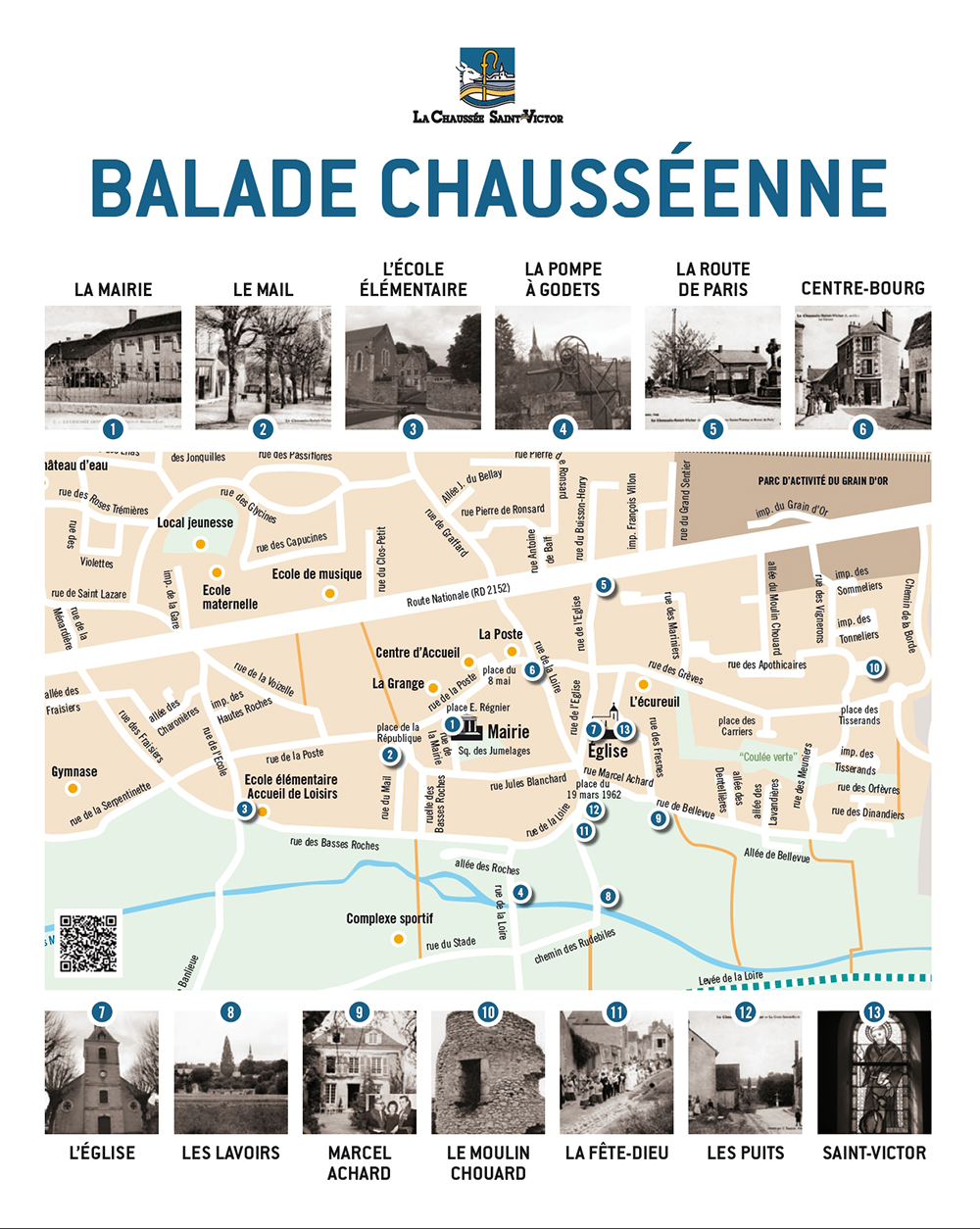 Walk in the City

The municipality built the Town Hall and the Boys’ school in 1841. In 1920, the school was relocated to the « Basses Roches » and the Post Office took its place on the ground floor. The Town Hall occupied the first floor until 1950.

In 1950, this building was demolished and the left part of the present Town Hall was built. The Post Office settled there, before being transferred in a neighbouring house in 1975. In 1997, the closing of Town Hall Street with a glass building allowed a new extension by connecting the old Town Hall with the former Post Office.

On the Mall, where people liked to wander, there was a curious roof-structured tower used by the firemen for climbing and training to the handling of the pump.

In the Café, the customers were dancing every Sunday afternoons to the sound of a player piano. There also used to be occasional weddings and banquets.

After being owned by several owners, this countryside residence was sold in 1879 to the Seminary who had the chapel built in 1890.

In 1911, it was given to the hospices of Blois who intended to organise health cures of fresh air for convalescing people. The Municipality bought it in 1920 and decided to install the boys’ school, whereas the girls’ school was at the Clos Petit. Both schools united in 1984.

It was built at the beginning of the twentieth century and was installed to replace an elevated pump fixed above the Mees brook. It provided the cattle with water and was used by the local and nearby farmers in periods of drought. At the season of threshing, it supplied the water for the boilers of the threshers.

This pump was alimented by one of the ten municipal wells, and thanks to its extra height the users could pour the precious liquid into the tuns settled on horse-drawn carriages.

The former country road to Paris gave its name to the village of La Chaussée well before the creation of the Royal Route. The Church Street joined it at the level of Saint Theresa Cross facing the house of Adrien Thibault, a famous earthenware maker from La Chaussée.

Saint Theresa stone cross, was set up as a votive cross in memory of the carriage accident of Theresa Cabarus, Princess of Chimay, better known under the name of Mrs Tallien. At the time of the accident which she survived, she was staying at her son’s in Menars Chateau, probably at spring 1831.

In the heart of the village, the main crossroads (the « Carroir ») and the Church Street concentrated the shopping activity. In the centre was the Besson grocer’s shop. The pub still exists nowadays (La Jeune France) and next to it was the shoe maker.

The post office on the right gave its name to one of the main streets of the village. It moved from here in 1920 before settling in its current location in a house built in 1975.

The first church of the Parish Saint Victor was situated in the valley at the level of the cemetery where most people lived. The high floods of the « River Loyre » progressively forced the inhabitants to move uphill at La Chaussée which became La Chaussée Saint-Victor.

Today’s church was first a little chapel built in 1407. After several extensions, it became the Parish Church in 1790. In 1874 two chapels were built at the back of the church which then got its clock tower.

The relics of many saints are kept in a succession of reliquaries of the 16th and 17th centuries. Saint Corneille evoked to cure « head illnesses » is one of them.

About a dozen wash houses were installed on the little river Mées from the Rudebilles to the Basses Roches.

On the left of the photo we can see the wash house belonging to the Noé family and, on the right, the wash house owned by Dorion. It was private but could be used by the villagers paying a fee.

The wash house of the Basses Roches was the only public one but was not much used as it was too far away for the inhabitants of central village. That is why a second one was built in 1912 in the Loire Street next to the bucket pump, but does not exist any longer.

« Les Faneuses » «(haymakers) was the name given by Marcel and Juliette Achard when they purchased this typical Loire Valley house as a holiday home in 1932.

Marcel Achard (1899 – 1974) was a playwright and also an actor who was elected as a member of the French Academy. He had an unexpected seduction with his big round glasses. He depicts with irony and without illusion the society of his time in his delicate and caustic writings.

« Voulez-vous jouer avec Moâ? » was one of his great successes in which he acted in 1923 and which was performed more than ten thousand times all over the world. He also translated and adapted a few Hollywood productions.

Marcel and Juliette are buried in the cemetery of La Chaussée Saint-Victor. On the photo they are with Marcel Pagnol (on the right) another famous French writer.

This former kingbolt windmill known as « Turquois » from the 13th and 14th century has been renovated thanks to the common work of the Municipality and the association Histoire et Traditions Populaires. There were other windmills in the village :

The 2nd World War provoked an outburst of spirituality and the processions forbidden in the village since 1892 were allowed by the Mayor. On the Sunday of Corpus Christi, the altar boys, followed by the youngsters taking their first communion, the young girls holding the banners of the Parish, the faithful and finally the priest Father Bleau with the Holy Sacrament under the dais are walking to the property of Mister Beaucorps.

All along the way, the children throw away petals of roses and religious hymns are sung. All the marchers will then have a light meal because of the restrictions of food imposed by the ration cards.

They were essential in the life of the inhabitants because they were the places where all sorts of news were exchanged everyday.

There were 11 public wells. 5 of them have remained in the same state : Ash Street, Post Office Street, Loire Street, in the cemetery. The well on the photo has been replaced by an electric transformer. There were about 30 private wells and many still remain in private properties.

There also existed wells along the two railway lines in La Chaussee Saint-Victor: Orleans-Tours and Blois-Romorantin.

The village church is dedicated to Saint Victor in reference to the hermit who lived down near the Loire in the 5th or 6th century clearing and cultivating his piece of land. One day, he saw a mariner who had mocked the Gospel and its Saints fall in the Loire. He prayed for his salvation and the man could swim back to the bank « more alive than dead ».

According to the legend, the hermit was accompanied by a little white deer. It is said that every year for the anniversary of his death, the deer came and knelt in the church just in front of the altar, until the end of the day… 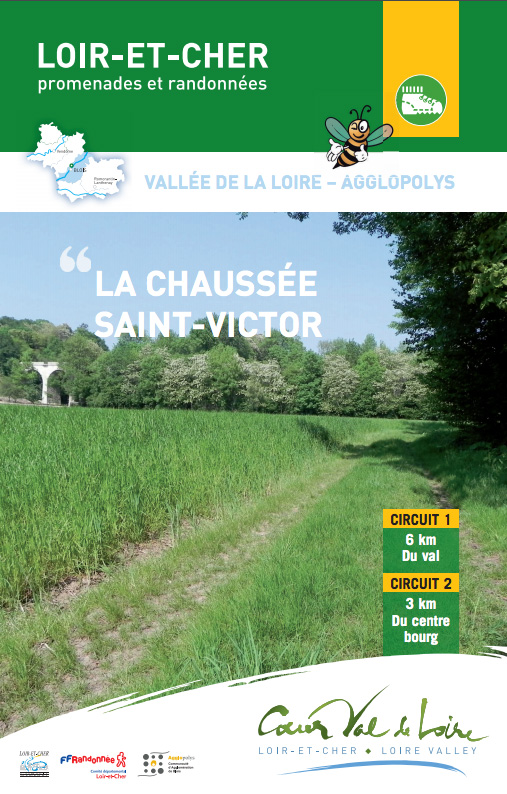 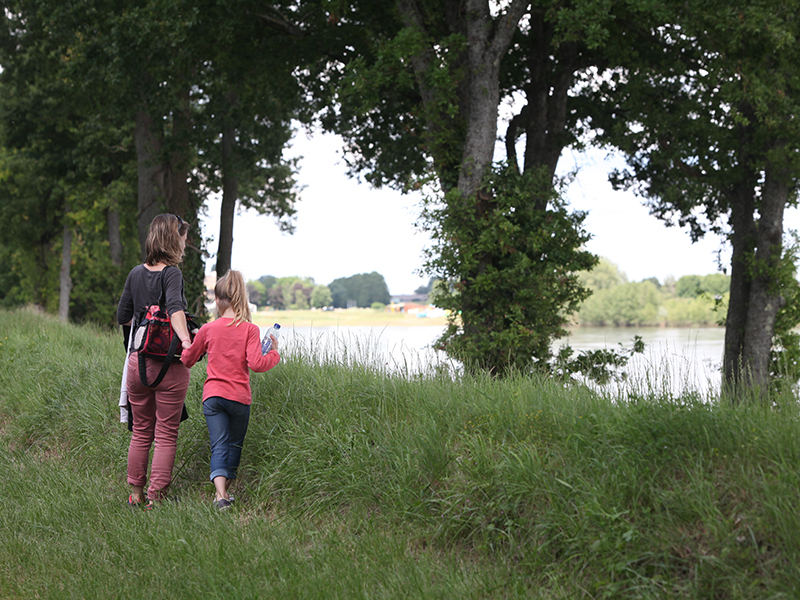 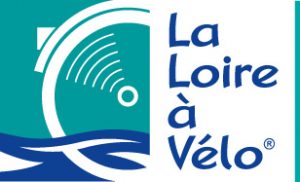 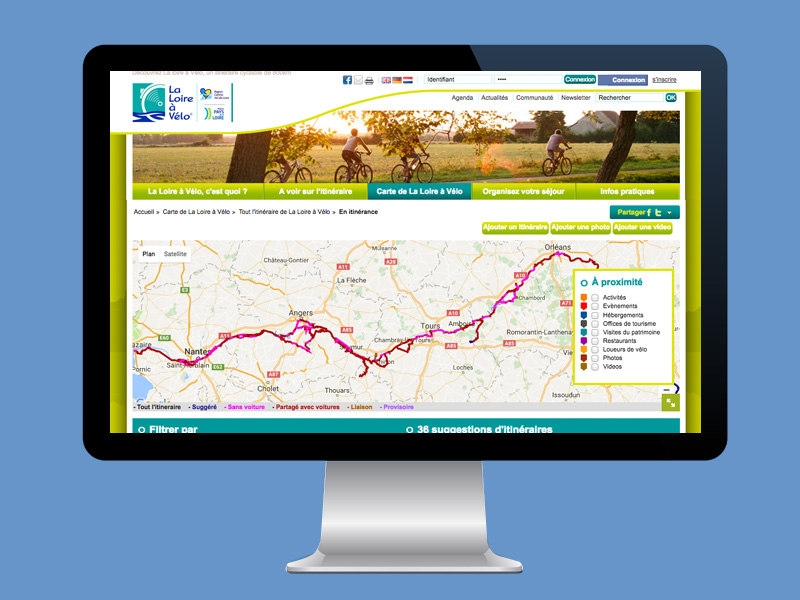 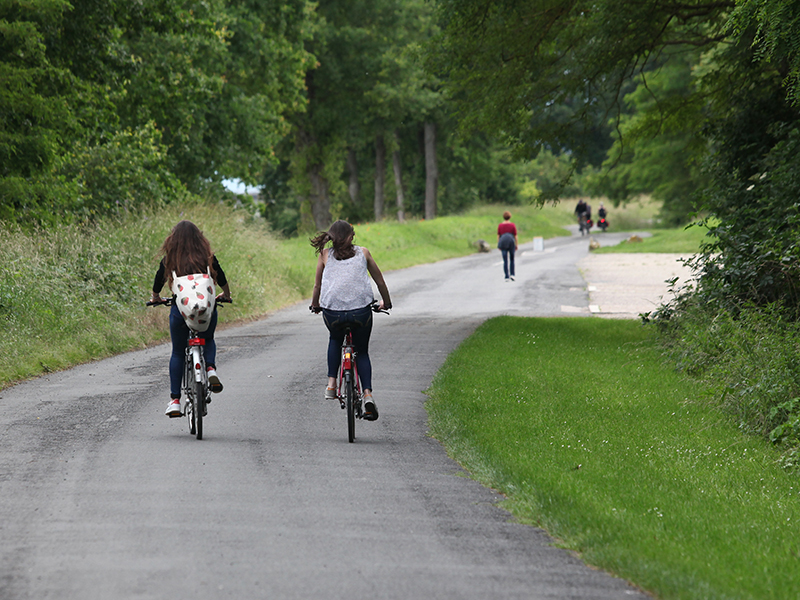 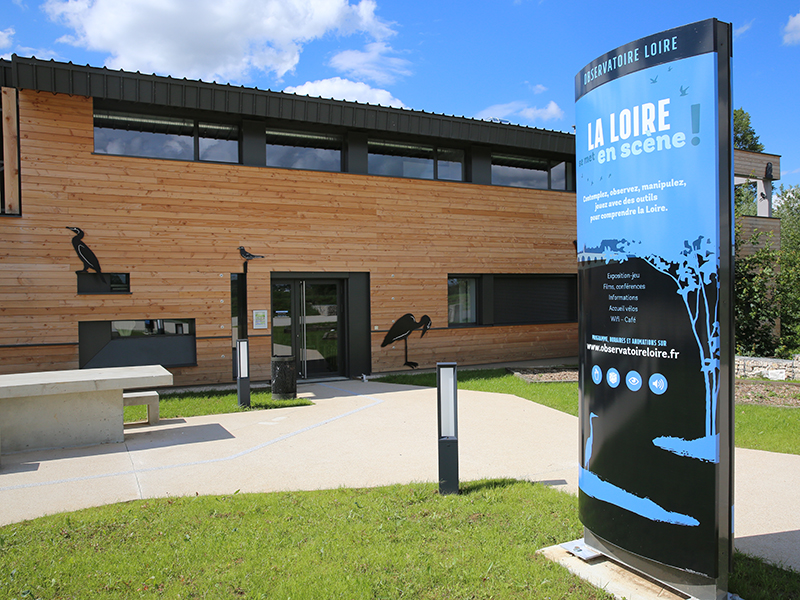